The Netherlands Media Art Institute has challenged a number of artists to temporarily exchange the performative dimension of the Internet for the static space of the gallery. How have they made the transition from the ‘online comment culture’? To what extent has this changed their creative working process? What does authorship, authenticity and appropriation mean for them? Can an object or image change in form while retaining its meaning?

Harm van den Dorpel is a visual artist and 2006 graduate of the Gerrit Rietveld Academy, majoring in Audio-visual art. He does spatial and digital work in which he especially seeks physical sensations in virtual media. In 2009 Van den Dorpel worked together with other artists for a number of months on the picture blog Platoisgay.com. The artists commented on one another’s responses on this blog using images rather than text. Parts of existing internet sites were selected and automatically sent to the picture blog as images. The result is an associative visual narrative. Van den Dorpel subsequently transferred these images – backed up by music – to video. In the installation Relational Ecstatics.com art-historical images and pictures of domestic pets and mass murders move over and through one another. The mix of different images gives the whole an indefinable feeling that is reinforced by the music. The connections between the images is merely subjective and associative. In this way new meanings and an individual aesthetic are created. The installation Relational Ecstatics.com is comprised of a video and a number of objects. The physical part refers to the video images, and conversely the video provides the installation with a virtual, active layer.

Constant Dullaart is an artist (particularly involved with the internet), curator and editor. The core of his visual investigation involves stretching and altering common forms of presentation. For Dullaart the internet is one such alternative presentation space. He has a small collection of internet pages, or as he himself calls them, ‘ready mades’. They are sponsored links or domains that are still for sale, but no one will buy them. Linked together by their shared status, they are the garbage dump of the internet. In his Delicious, Dullaart labels poetic domain names like www.baddomainname.com and www.hopeless.org as ‘ready mades’. In doing so, Dullaart follows in the footsteps of previous net artists who elevated these formally unfrequented corners of the internet into art. But Dullaart is also fascinated by ‘default settings’, and particularly the way they are designed. His ‘ready mades’ are therefore chiefly a commentary on the omnipresent soulless stock photography and insipid typefaces. For Versions Dullaart elaborates on his series YouTube as a subject. The functional YouTube button is the subject of a quest for design and its use on the internet. From it bouncing around like a ping-pong ball to being a blurred splodge, the artist elevates the play button to an icon. Dullaart put the short videos back on the internet, which provoked a series of video comments. In the exhibition Dullaart gives a spatial commentary on these reactions. 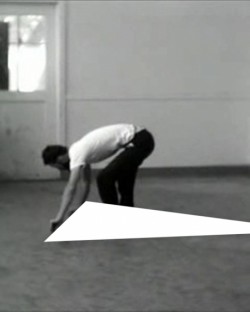 Martijn Hendriks works in various media, chiefly with existing material. He manipulates existing images and other references to create new configurations with altered meanings. A recurrent theme in his practice is the conflict between irreconcilable situations or perspectives such as repetition and negation or visibility and invisibility. With his manipulations Hendriks tries to undermine the essence of images. He removes things from existing images, or makes them imperceptible at first glance. For instance, in one work Hendriks removed all the birds from Hitchcock’s film The Birds. By withholding things, the artist raises questions about the relation between visibility and meaning. Hendriks uses incomplete images and apparent antitheses and performs interventions that seem to contradict the original purpose of the images. For Hendriks, it is precisely unproductive actions that become productive. For Versions he has made a new work in which he investigates the possibility of versions, translations and transformations of a one-off artwork. How can one idea lead to different results? What is the performative dimension of a work? Can an object or image change in form and yet retain its content? In order to investigate these questions, Hendriks made three versions of the same work. Using different materials, and in diverse media, the artist poses the question of how an idea can be translated into three formally different works. 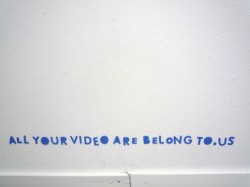 Since the beginnings of the internet, JODI (Joan Heemskerk and Dirk Paesmans) have been active in net art. By means of programs they write themselves they simulate computer crashes, viruses and error messages. JODI reacts to the rules of the internet and poses questions about the limits of coded communication.

Recently the pair have been interested particularly in how ‘commenting’ works on the net. During Versions the artists are presenting their new work allyourvideobelongto.us, which deals specifically with this. The title is derived from the well-known ALL YOUR BASE ARE BELONG TO US, a twisted English sentence from the opening scene of the European version of the Sega Mega Drive video game ‘Zero Wing’ (1989). In 2000 a video was made of the sentence, which quickly achieved cult status on the internet. On June 1, 2006, YouTube was temporarily shut down for maintenance. As a joke the firm placed the line ALL YOUR VIDEO ARE BELONG TO US below the YouTube logo.

Visitors thought the site had been hacked and in panic began to phone YouTube’s office. YouTube was unable to handle the storm of complaints and had to post an extra explanation on the site. ‘No, we haven’t been hacked. Get a sense of humor. Apparently we can’t spell. Please stop calling the office, we’re trying to work in here.’ Afterwards, the line was used by critics of YouTube in the discussion about the rights that YouTube asserts over the videos of their members. For allyourvideoarebelongto.us JODI transferred home videos of people imitating their favorite singer onto vinyl. The pair placed the filmed result – the long-play disk that lets you hear the number – back on YouTube under the original video as a video-comment. 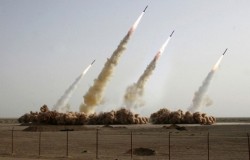 Oliver Laric mixes existing images in a subtle and humorous way so that they become self-reflexive and self-critical. Like many internet artists, with his work Laric questions the notion of authorship. He does this not only by the use of existing visual material, but also by explicitly inviting others to supplement or alter his work. Laric speaks rather of the total denial of authorship, to create space for developing interesting things. He is one of the founders of the internet platform VVORK, an online gallery that posts photographs of artworks in various media on its site. About his work Versions Oliver Laric says: “There are endless versions of Versions. Sculptures, essays, videos and performances all exist simultaneously as equally valid variations of a string of thoughts. Versions exists without clear beginning and remains open end. It is independent of context and adaptive to site specifications. No single author holds copyright to any of the manifestations.” In the Netherlands Media Art Institute the work Versions comprises three video screens and a series of sculptures

Theodore Watson is an artist and designer. An important motivation for Watson is the curiosity, surprise and excitement people show when they encounter his projects. His work ranges from producing new tools for artistic expression to experimental music systems and interactive installations. Recently the artist did ‘Laser Tag’, a laser graffiti system that he produced in cooperation with the Graffiti Research Lab. In addition Watson recently realized ‘Funky Forest‘, an interactive installation for young children comprised of various eco-systems through which they can move. Watson is also working together with Zachary Liebermann on ‘openFrameworks’, an open-source library for writing creative program codes. The artist is also part of F.A.T.Lab, an online network of various individuals who respond to one another’s output. For Versions Watson made a new work that responds specifically to the concept and context of the exhibition. 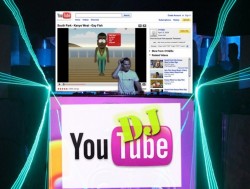 ‘Dedicated to enriching the public domain one mutha-fuckin LOL at a time’
F.A.T. Lab describes itself as follows:

The F.A.T. Lab is an organization dedicated to enriching the public domain through the research and development of creative technologies and media. The entire FAT network of artists, engineers, scientists, lawyers and musicians are committed to supporting open values and the public domain through the use of emerging open licenses, support for open entrepreneurship and the admonishment of secrecy, copyright monopolies and patents.. The contents of the site are all in the public domain. You may enjoy, use, modify, snipe about and republish all F.A.T. media and technologies as you see fit.

Theodore Watson has made a selection from the different projects on the F.A.T.Lab site.

NastyNets was the first ‘surfers’ club’ (2006). The NastyNets style can be described as ‘dirt style’ or ‘trash’. A network of different people constantly react to one another’s postings by putting up new image and/or audio fragments. Constant Dullaart selected four projects from NastyNets for Versions.

The artist and curator Marcin Ramocki wrote of the phenomenon of blogsites or surfing clubs like NastyNets and F.A.T.Lab that there are three factors which make these sites interesting: the immateriality and conceptual potential of the items posted, the collective character of the action that produces a flowing document, and the activity of surfing on the internet and the unlimited possibilities that accompany it.
(for Ramocki’s complete text, see: http://www.qotile.net/files/surfing-clubs.pdf).