The Homo Documentator – expanding documentation in the arts

FORUM
Capturing a moment. Where net art and performance meet

The Stedelijk Museum Amsterdam and LIMA proudly present the forum event Capturing a moment: Where net art and performance meet, with an Internet-based performance by JODI and presentations by Annet Dekker (independent curator/researcher), Gabriella Giannachi (University of Exeter), and Vivian van Saaze (Maastricht University). The guest speakers will address the hypothesis that documentation and conservation of net art use methods that are closely related to the procedures used for collecting live art forms.

With the arrival of ephemeral, conceptual, performance, networked, and processual works of art, documentation—as the physically remaining trace of a work—has become the center of conservation and presentation strategies. These artistic practices, however, also challenge existing forms of documentation, resulting in new ways of thinking about documentation practice. Documentation means different things in different contexts, and even in a single context it can take many different forms. For example, there are major differences in documentation for legal cases, scientific study, collection management, and information science. Through these practices, different uses and purposes for documentation and the different roles and functions of documents become clear. Documentation can be part of the artwork, replace the artwork, or even be regarded as the artwork itself.

Currently, museums of contemporary art are working on procedures for conserving performance and other ephemeral artworks. What knowledge and new methods for the documentation, transmission, and preservation of these works are under construction? What can be learned from other practices within and outside of the scope of the museum? Moreover, what do these changes imply for the role and function of the museum?

Attempting to expand on the way art documentation can be conceptualized and implemented in art institutions, Annet Dekker will focus on how net artists create, use, and present documentation of their work, and how such approaches can be used in museums. Informed by the ideas of documentalists of the early and mid-twentieth century, she will address the different values and functions of documentation, emphasizing how these different forms can be helpful when recreating or presenting a work. These ideas will be supported by outcomes of recent course work on documentation that she developed for the Piet Zwart Institute in Rotterdam. Valuing documentation practices over other conservation methods shifts the roles and responsibilities between conservators (who care for an artwork after its realization), curators (who are involved in creation and documentation processes) and artists (who document their work in various ways). This shift opens new ways of thinking about what conservation means, and may require a reconsideration of the structure and function of the museum as well.

Gabriella Giannachi will focus on the work of Lynn Hershman Leeson, one of the most versatile artists working today. Since the 1970s, Hershman Leeson has pioneered artworks spanning photography, performance, film, installation, net art, and site-specific works, among other hybrid forms. This talk looks at the function of documentation in Hershman Leeson’s work, focusing in particular on her work Roberta Breitmore (1972–1978), which comprised video, photography, a graphic novel by Spain Rodriguez, a diary, a performance, and a number of documents, including a check, an x-ray, a driving license and a psychiatric evaluation. In this talk, Giannachi will examine how each document forms part of a set of inter-documents (to use a term by Suzanne Briet from 1951); how each document, according to where it is placed, can itself become an artwork; and how, in becoming such a work, each document implicates the viewer into processes pertaining to its reception and transmission.

Vivian van Saaze will discuss the work of Tino Sehgal, with a focus on the ongoing life of his work in a museum context. Museums have embraced documentation practices as part of their conservation efforts. Upon the sale of his “constructed situations,” Sehgal, however, does not allow for any form of visual documentation or material traces: no contract between himself and the museum, no labels or interpretation, and no photographs. The work relies entirely on memory and oral and bodily transmission, counter to the museum’s usual practice of meticulous archiving and documentation, and posing a number of intriguing questions. How does Sehgal’s work endure in contexts that seem so heavily dependent on written and visual documents? How does it challenge existing museum practices? To what extent are changes over time, through loss of memory, for instance, considered part of the artwork?

MORE ABOUT THE SPEAKERS

Annet Dekker is an independent curator and researcher. Currently, she is Researcher Digital Preservation at Tate, London, research fellow at London South Bank University & The Photographers’ Gallery, London, tutor at Piet Zwart Institute, Rotterdam, and fellow at Het Nieuwe Instituut. She publishes widely on issues of digital art and preservation in international, peer-reviewed journals, books, and magazines, and has edited several publications, among others, Speculative Scenarios, or what will happen to digital art in the (near) future (2013), Archive 2020: Sustainable Archiving of Born Digital Cultural Content (2010), and Walled Garden (co-edited with Annette Wolfsberger, 2009). Previously, she worked as Web curator for SKOR, was program manager at Virtueel Platform, and head of exhibitions, education, and artists-in-residence at the Netherlands Media Art Institute. In 2014, she completed her PhD on conserving net art at Goldsmiths University of London. http://aaaan.net

Gabriella Giannachi is Professor in Performance and New Media at the University of Exeter. She has published a number of books, including Virtual Theatres (2004), The Politics of New Media Theatre (2007), Performing Presence: Between the Live and the Simulated (co-authored with Nick Kaye, 2011), Performing Mixed Reality (co-authored with Steve Benford, 2011), and Archaeologies of Presence (co-edited with Michael Shanks and Nick Kaye). She has written papers for a number of humanities and science journals, and has been involved in several projects funded by AHRC and RCUK, in collaboration with Tate, Royal Albert Memorial Museum and Art Gallery, 1010 Media, and Exeter City Football Club Supporters Trust. She has written a book on archiving, and is currently editing a book on the history of performance documentation.

Vivian van Saaze is Assistant Professor at the Faculty of Arts and Social Sciences at Maastricht University and Managing Director of the Maastricht Centre for Arts & Culture, Conservation and Heritage (MACCH). Her research explores the challenges museums are facing in the wake of new artistic practices (such as new media, installation and performance-based art), as well as the implications of digitalization for museums. She is founder of the International Network for PhD and Postdoctoral Researchers in the Field of Contemporary Art Conservation, and was co-investigator in the Tate research network “Collecting the Performative: A research network examining emerging practices for collecting and conserving performance-based art.” In 2013, she was a research fellow at Tate, London. Her recent publications include Installation Art and the Museum: Presentation and Conservation of Changing Artworks (Amsterdam University Press, 2013) and “Collecting Performance-Based Art: New Challenges and Shifting Perspectives” (with Pip Laurenson), in Performativity in the Gallery: Staging Interactive Encounters, ed. O. Remes (Peter Lang, 2014). 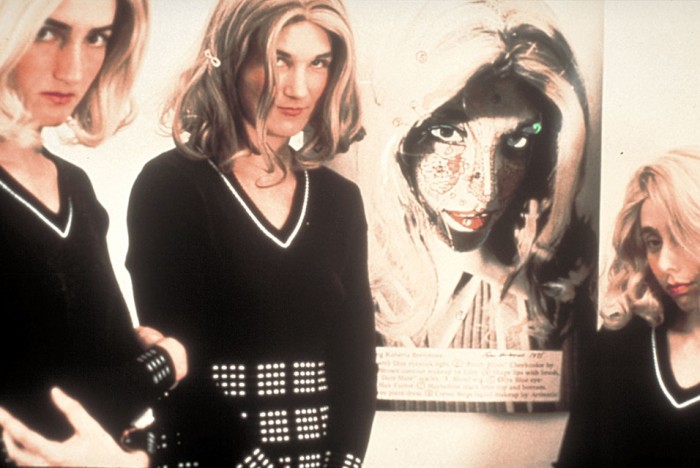