Via Instagram art stunts and Brexit think tanks, academic Annet Dekker peels back social media’s gloss to reveal its use by governments and companies to manipulate public opinion 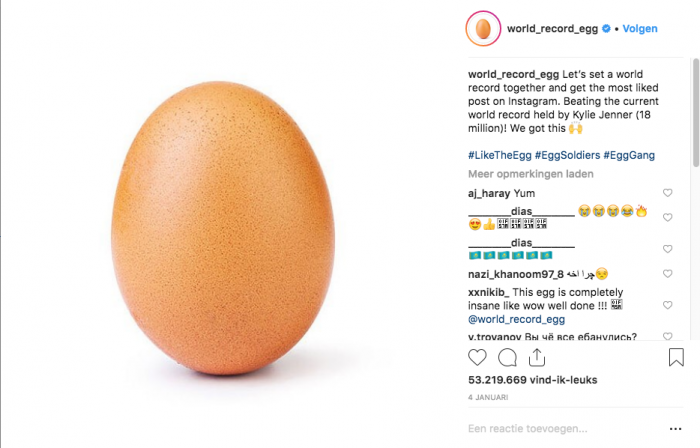 Short essay about #likes, #economy, #attention with examples of works by Constant Dullaart and Jonas Lund.

A few days into 2019 the most liked image on the Web was of an egg; a simple light brown speckled egg posed against a white background. An unpretentious image, yet it has attained the most likes ever. Alongside attempts to find the instigator of the account, hordes of copycats are trying to claim their slice of the cake: creating additional versions of egg hashtags, memes and usernames. By what measure should online image culture be valued? What happens when value is no longer attached to the creation or content but is quantified by its circulation, the number of likes, retweets or memes? The circular processes of the network enable the image, but it is part of an environment that is permanently under construction, and is ephemeral, if not fugitive by nature. Following the circular processes, a network enables the image but it is also a constitutive act. An act that is constructed through an intricate and interrelated system of relations that presents an assemblage of contemporary practices, platforms, software, computer programs and human hardware. Such an image is a networked image: it executes, acts and reacts. It is also a complex image with kinks, folds, hiccups and slippages, which twists and folds in various directions, creating uncertainty and unpredictable behaviour. A lot has been said about the relevance and timing of this particular egg image: its relation to world records, the history of egg images, Internet frivolity, as a comment on celebrity culture, and a longing for the mundane. At the time of writing the egg is on the verge of hatching. Already beyond the normal incubation period of a regular chicken’s egg (around 21 days), the excitement around the Instagram egg is waning. While the search for the instigator continues one of the main questions remains unanswered: is the social response an effect of technology or is technology an effect of the social?

Within less than a decade, the arena of likes has become a new battleground. In an attempt to gain the attention of their potential customers, marketers and large corporations grapple with the largely invisible actions of bots and algorithms, and while critics and theorists try to make sense of the social and ethical ramifications, artists explore the emotional and aesthetic effects, exposing in the process the workings of the attention-economy. In an attempt to mimic the widespread practice of boosting the popularity of celebrities and political personalities on social media platforms, in 2014 Constant Dullaart came up with the idea of buying 2.5 million artificial followers. Revealing the accessible market of new followers, sold on Ebay and similar websites, Dullaart distributed the new followers between a selection of Instagram accounts: a mix of artworld celebrities and some less visible art(ist) friends. All of a sudden each had the same number of followers and thus shared equal ‘fame’ and cultural value. Addressing the issue of the audience as a commodity and how under the influence of the like economy art is even further transformed into merchandise, the project High Retention, Slow Delivery can be regarded as a socio-political gesture, even though Dullaart likes to see it as a poetic one. Arguably less poetic was his subsequent project in social media.

Sticking with the widespread practice of buying fictitious identities to enhance popularity, with The Possibility of an Army (2016) Dullaart continued to critically address the concept of digital identity. For the project Dullaart looked up the names of Hessian mercenaries, German soldiers paid by the English to fight in among others the American Revolutionary War, and spread them as artificial profiles on Facebook. A fake army emerged in the midst of the social media struggle. Since he outsourced some of the work via such services as Facedominator and Massplanner, many of the names were linked to Pakistani or Philippine accounts and dark faces accompanied the eighteenth century Germanic names. Almost by accident the performance wasn’t only about the value of identity and the quantification of social capital, but it also brought to light the technical intricacies and the hidden labour economy of the like economy. Some years before the Cambridge Analytica scandal, Dullaart’s projects exposed the sinister side of social media and the necessity of separating the technical and the social. But can such a separation actually be made? Being deeply intertwined – which came first: the chicken or the egg? – as also argued by media critics such as Geert Lovink and Douglas Rushkoff, understanding the tools and motives for which they are used to overcome the darker sides of social technical media is vital.

Earlier this year during a four-day event, The Photographers’ Gallery in London tried to do just that. Part installation, part performance, part working think tank, artist Jonas Lund transformed one of the galleries into an influencing office tasked with reversing Brexit. The project, aptly titled Operation Earnest Voice after the astroturfing campaign by the US government, was aimed at creating a campaign using tactics that manipulate public opinion, and disseminating new narratives to disrupt the political debate. Anyone could walk into the space to see what the twelve appointed staff members were doing to derail opinions. Media-wise the project was successful, it received generous attention from several news broadcasters, as well as support from a curious audience whose views sparked intense discussions between the team (which partly could be followed via a live stream). In an attempt to unmask the banality of social media, the main struggle was between the PR, who wanted a ‘better’ narrative, and some team members who stressed the ethical application of algorithms to the content they harvested. The social and technical connected and clashed at the same time.

Disentangling the struggle between the social and technical will not be an easy task. Perhaps there is solace to be found in storytelling, or more particularly – to return to Dullaart – in the poetic. In 2017, continuing his interest in the growing influence of algorithmic content, Dullaart used another army of Instagram accounts. This time they were created to follow, like and comment on accounts that amplify questionable public functions, such as the Customs Border Protection seeking validation from their ‘audience’ via their Instagram account. Phantom Love recites poetry one line per follower. Multiple identities speak as one, merging into a social media chorus. The poetic gesture is certainly more obvious. The project also reveals the benefits of fictitious accounts as new tools and actors for communication, albeit in ambiguous and disconcerting ways. Do experiments like these signal a (near) future in which there is no longer a need to distinguish between real and fictive identities? Will storytelling, fiction and poetry be enough to create a new experiential world view in which it is possible to overcome the banality of the like by [dis]empowering it? Or will it merely replicate the behaviour that it is trying to expose? For now, let’s wait for the egg to hatch. 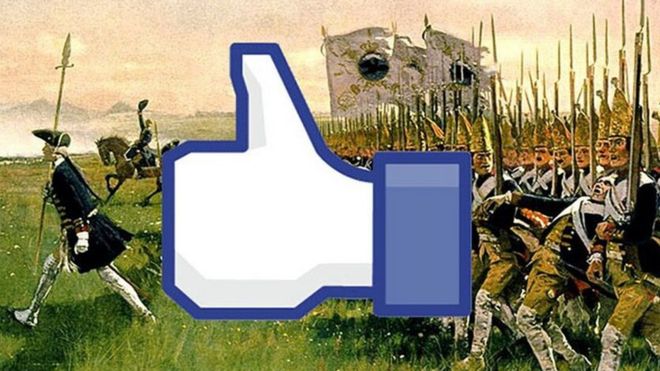