This panel invites curators from Vancouver and internationally to share working practices around collecting contemporary art, including media and new media art. The collections of museums, galleries, online art organisations and private individuals are increasingly broadening to include more new media art.

This ISEA2015 panel invites curators from Vancouver and internationally to share working practices around collecting contemporary art, including media and new media art. The collections of museums, galleries, online art organisations and private individuals are increasingly broadening to include more new media art.

New media art has both disrupted existing collecting systems and offered now opportunities for rethinking who collects and how. Because new media art is sometimes non-material, process-based or involving audience participation, how might these kind of practices be collected? What is actually collected (objects, beta software, instructions?), where (online, offline, nomadic?) and how (commissioned for collection, bought from art fairs, versioned from production labs?). Does new media art challenge, or become embedded in, the globalised nature of art markets?

Because new media is used as a means of documenting, archiving and distributing art, and because new media art might be interactive with its audiences, this highlights the new kinds of relationships that might occur between audiences as viewers, participants, co-producers, selectors, taggers or taxonomisers.

Panellists and Bios
Beryl Graham, Chair and introduction – New Collecting: Exhibiting and Audiences.
Beryl Graham is Professor of New Media Art at University of Sunderland, and co-editor of CRUMB. She curated the exhibition Serious Games, and recently edited the book New Collecting: Exhibiting and Audiences (Ashgate 2014). Her book Digital Media Art was published by Heinemann in 2003, and she co-authored with Sarah Cook the book Rethinking Curating: Art After New Media for MIT Press in 2010. She has been invited to present at symposia including Cultural Value and the Digital (Tate Modern) and Decoding the Digital (Victoria and Albert Museum).

Sarah Cook – Futures
Sarah Cook is Reader at Duncan of Jordanstone College of Art, and and co-editor of CRUMB. She is the author (with Beryl Graham) of Rethinking Curating: Art After New Media (MIT Press, 2010) and co-editor (with Sara Diamond) of Euphoria & Dystopia, (Riverside Architectural Press, 2011). She has been an invited speaker at museums and galleries worldwide including Stedelijk Museum (Amsterdam), and Carnegie Museum (Pittsburgh). Sarah has curated exhibitions in Canada, the USA, New Zealand, Mexico City, across Europe, and online.

Caitlin Jones – Exhibiting, Collecting, Conservation
Caitlin Jones is the Executive Director of the Western Front Society in Vancouver. Prior to this, she held a combined curatorial and conservation position at the Solomon R. Guggenheim Museum. She co-curated the exhibition Seeing Double: Emulation in Theory and Practice and coordinated the Deutsche Guggenheim exhibition, Nam June Paik: Global Groove 2004. She was a key member of the Variable Media Network, and is co-curating an exhibition for Vancouver Art Gallery with the WALLPAPERS collective in 2015.

Annet Dekker – Documentation and Net Art
Annet Dekker is an independent researcher and curator. She is research fellow at London South Bank University/The Photographers’ Gallery, London, Researcher Digital Preservation at TATE, London, fellow at The New Institute, Rotterdam and tutor at Piet Zwart Institute, Rotterdam. Previously she worked as Web curator for SKOR (Foundation for Art and Public Domain), was programme manager at Virtueel Platform, and head of exhibitions, education and artists-in-residence at the Netherlands Media Art Institute. In 2014 she completed her Ph.D. on conserving net art at Goldsmiths University of London. Her participation is made possible by a grant from the Creative Industries Fund NL and the School of Arts & Creative Industries, London South Bank University.

Dene Grigar – Preservation and Literature
Dene Grigar is an Associate Professor and Director of The Creative Media & Digital Culture Program at Washington State University Vancouver. She has curated exhibits for the venues and organizations like the Library of Congress, the Modern Language Association, the Electronic Literature Organization, and Digital Humanities Summer Institute.  As curator, she directs the Electronic Literature Lab that works to exhibit and preserve works of electronic literature.

CRUMB is a resource for curators 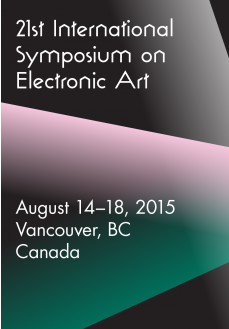