A cloud coin is a virtual symbol that is inserted into the viewing experience of a website. The symbol resembles a coin, token, or jewel.

A conversation between Metahaven (MH) and Annet Dekker (AD)

part of NetArtWorks: The Database, the Datacloud and the Public (Data)Domain

Annet Dekker (A): You have decided to focus on ‘the cloud’ for your commission from Impakt Online and SKOR NetArtWorks. Can you explain what the cloud is, and tell us what significance you attribute to it?

Metahaven (MH): Cloud computing is a system whereby documents, programs and other information no longer have to be stored on a user’s computer or Smartphone, but only on your provider’s server. This means that this data can only be accessed and used via the server.

In itself this might not seem controversial, although it is bad for the environment: according to Greenpeace cloud data centers are already using 1.5 to 2% of all global electricity, and this increases by 12 per cent a year![i] And there are political drawbacks. Firstly, can we expect a commercial product – the cloud – that exists by the grace of data mining, to be democratic? Who has authority over or can affect the policies of the companies that manage our data in the cloud? Does the cloud have a social contract? With more than 800 million users, Facebook could justifiably be called a mega-state, but it has no constitution or legal system, nor is it democratic. Rebecca MacKinnon writes about this in Consent of the Networked,[ii] and we are working with this topic in our Facestate project.[iii]

Our second objection is that the company that manages the cloud is ultimately controlled by the government of the country where is based. Users of the worldwide cloud are therefore subject to the authority of nation states – which thus gain power and sovereignty far beyond their national borders. Companies that manage the cloud can also be influenced in extrajudicial ways by political agendas.

Consolidation is the third consequence. The global information infrastructure, and increasingly, the real economy, will be controlled by a handful of semi-monopolists who regulate everything via their cloud: Facebook for social contacts, Google for search queries, e-mail and documents, and Amazon as the world’s shopping mall.[iv]

For this commission we began with an ambitious idea: making the data centers of the cloud visible. Most Google and Facebook users are aware that their actual data is stored in a data centre somewhere. We thought it might be interesting to make the physical proximity of data centers visible and traceable. Research by the programmer Koen Martens has revealed that this is almost impossible to do from the network. The large cloud providers have protected their individual data centers in such a way that they cannot be identified from their IP addresses. It is by monitoring the latency, the response time after sending a request, that you can see if there is a junction in the neighborhood or not (a longer latency indicates that the signal has to travel a longer distance in the network).

We came up with another fitting idea that is based on the so-called WhoIs information for contentious domains. By ‘contentious domains’ we mean domains of which the use or the status is disputable. For example, since 2008 the infamous Stuxnet worm (also called a ‘designer virus’) has been controlled from two web domains, both of which appear to be football sites, which enabled them to slip through Iran’s Internet traffic.[v] One of the domains had the ridiculous name www.mypremierfutbol.com. The WhoIs information relating to a domain such as this is intended to provide insights into where the website is hosted and who the host is. In the case of the Stuxnet websites this information was protected by the provider (‘bulletproof hosting’).

In our project, titled Cloud Coins, the user enters a domain name and the Whols Information is retrieved and combined with other information that can be found relating to the query. But the link between the website and the place where it is hosted is always the focal point.

A: What are your thoughts on the development of the cloud (cloud computing)?

MH: China recently announced that the enormous data centre they are building near Beijing will be focused on cloud computing.[vi] We are actually in Sweden as we write this, where construction of the new Facebook server park in Luleå will start next year.[vii] It is obvious that the infrastructure of the cloud is starting to surround us. The cloud is the mega-structure of the 21st century.

A: Do you have specific ideas about how cloud computing / the cloud will affect the way people deal with data on social, economic and political levels?

MH: I seems that mobile Internet is affecting people’s behavior. And we can’t predict what the actual consequences will be. We are primarily interested in the political aspects of the cloud, and are not that concerned with Foursquare check-ins and breakfast Tweets. The Achilles Heel of the cloud is its vulnerability to censorship – either by the provider or other authorities – and surveillance and political interests. Twitter and Facebook play an important role in protest movements in the West, but are much more susceptible to state interventions. A judge in America recently served a summons for a Twitter hashtag. If the cloud is to be a political tool, then much more thought has to go into its independence and sovereignty. 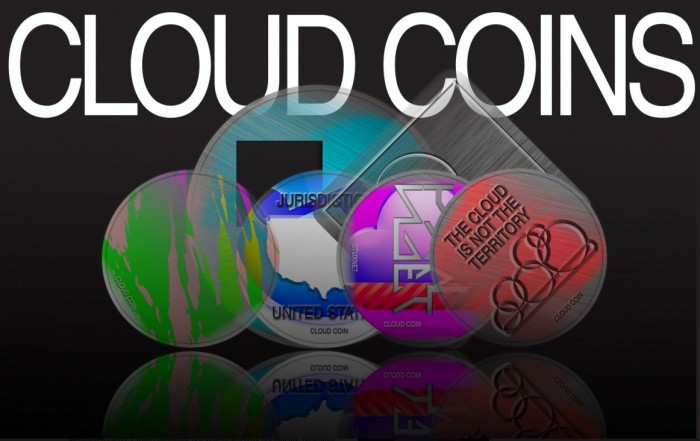