For Studio Practice, Lund transformed the gallery into an art production line by hiring four assistants who worked full time during the gallery’s open hours throughout the run of his exhibition. Their task was to produce work inspired by the guidelines set out in a 300 page book that Lund created for them. Once a work was completed, it was reviewed online by an advisory board consisting of artists, art advisors, gallerists and collectors. The board assessed the work so that Lund could better decide whether the work should be signed or destroyed. The entire process was publicly accessible in the gallery space and on a dedicated website (studio-practice.biz). The website included live footage of the gallery, assessments of the advisory board as well as Lund’s final decision and comments regarding specific works.

I was one of the advisors and thanks to Upstream Gallery, Amsterdam / Stedelijk Museum, Amsterdam / New Museum, New York / Blanton Museum of Art, Austin / Pixmaven / MoMA PS1, New York / De Appel, Amsterdam / Artforum I received the award of the most poetic advisor: 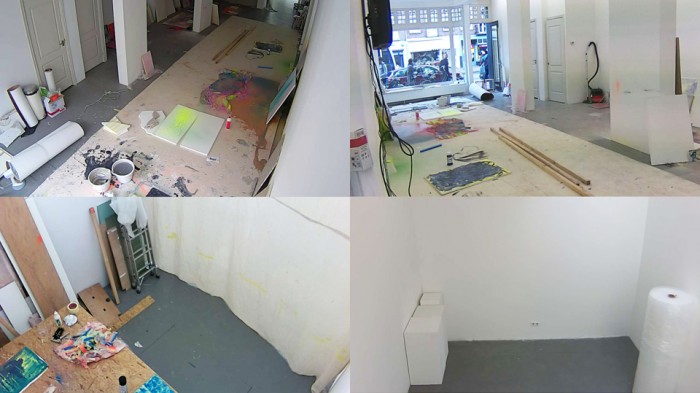