Is the web changing video art? Or, the influence of networked environments

Whilst video art is just being accepted in the commercial and museum art worlds, it is overtaken by the proliferation of web-based video that is increasingly delivered via all kinds of networks and based in databases.

The 2012 and 2013 research forums at Alternative Film/Video Belgrade resulted in the publication of the volume On Fragmentation (2014), edited by forum curator Greg de Cuir, Jr, which anthologized essays based on the various presentations delivered. This volume included work by Dirk de Bruyn, Miriam De Rosa, Bruce Posner, and others. After the 3rd Alternative Film/Video Research Forum in 2014, focused on video art and including such participants as Xavier García Bardón and Katrin Mundt, we are now organizing the 4th Research Forum. This one-day event (on 10 December) running concurrently with the festival (8-12 December 2015) will gather a group of curators, critics, artists, and researchers for an intimate encounter where presentations will be delivered and discussions held concerning alternative works of film, video, and new media art.

It remains relevant to discuss video as an artistic medium in this young 21st century, though maybe not in terms of ‘video art’ and what this descriptive signified in the previous century. Digital video has been the lingua franca of moving images for many years now. In some cases we can speak of it as a constituent of new media art, but it is also possible that we are already at the dawn of another significant medium shift. Artists have long been using CGI in realizing their visions, and more recently they have been creating net art that exists online. However, critical studies still need to properly account for the use of webcams, mobile media, GIFs, and virtual reality in contemporary artistic practices. What are the museums and festivals of the future that will collect and exhibit the moving image art to come? What new strategies do curators need to employ to situate and present challenging works with discrete methods and tools? How do we negotiate a nonlinear art world shaped by rapidly-changing technologies? Whether new media, digital, postmedia, or other appellations that aspire to embrace current moments and objects, we want to investigate the contemporary practices in art and culture that lead the way to future modes of visual expression.

In 2015 the Alternative Film/Video Research Forum will look to explore and contextualize the emergence and development of new media art. However, we will not limit ourselves to the contemporary. We will also be interested in projecting the possibilities of future art practices through both critical deduction and creative contemplation. As such, we invite contributions on artists, aesthetics, technology, exhibitions, conservation, curation, and other subjects relevant to understanding experiments in 21st century moving images.

Is the web changing video art? Or, the influence of networked environments
Whilst video art is just being accepted in the commercial and museum art worlds, it is overtaken by the proliferation of web-based video that is increasingly delivered via all kinds of networks and based in databases. Rather than jeopardizing the market, as was often the rationale in the late 1990s, Internet helped the sell of video art, as a commercial gallerist mentions, “I would say the internet has been the best thing to happen to the market for video art. The ability to have an online catalog where you can actually see the images, well, “move,” has revolutionized communicating quickly what a video work is about. So much more than stills ever could”[link]. Indeed, if the success of online video in general is any measurement (as predicted by Cisco by 2017 video will account for 69% of all consumer Internet traffic), video art can expect a glorious future. Or, will it? In what ways is web-based video similar to what has become known and established as video art? What are the implications of the ‘isolated object’ that video art has become, and the ‘networked environment’ in which web-based video is created, presented and distributed? In the discussion I will address the qualities of web-based video with a special focus on technology, aesthetics, presentation and distribution. I will argue that webs-based video is different yet the same as video art; foremost, its immersion – or being camouflaged – in a visual context makes it seem non-political, non-significant and non-aesthetic.

My contribution is made possible by London South Bank University, School of Arts & Creative Industries 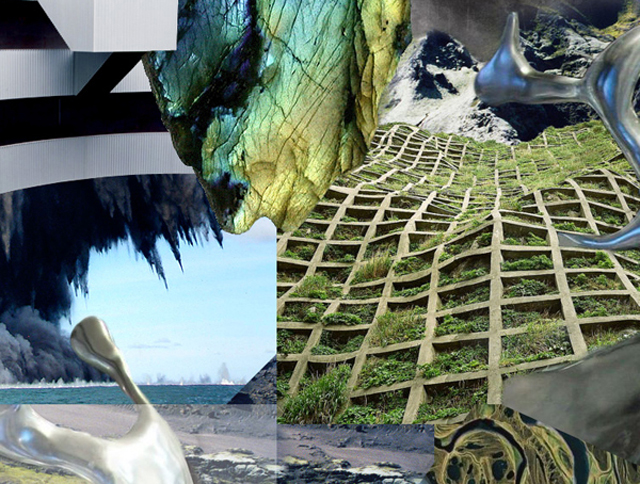