How to Do Art With Networks

How to Do Art With Networks provides an opportunity to share experiences, to experiment with platforms, tools and media, to conspire and discuss questions of sustainability, growth and informality. The day is based around several existing net-art-works that act as catalysts to show different perspectives, scales, potentials and pitfalls.

How to Do Art With Networks

During a one-day-open market with workshops, lectures and performances, How to Do Art With Networks shows how networks are art.

How to Do Art With Networks provides an opportunity to share experiences, to experiment with platforms, tools and media, to conspire and discuss questions of sustainability, growth and informality. The day is based around several existing net-art-works that act as catalysts to show different perspectives, scales, potentials and pitfalls.

In general terms a network consists of link structures and distribution systems that connect traces, projects and people. Such organisational design of networks is based on flexibility and adaptability that serves to distribute information. Whereas the network influences the way relations and art function, artists and organisations are using the networked structures not only as an ability to inform others, but also as their canvas. This canvas is informed and co-developed by its users to create and construct new languages, new poetries and new arts. In such cases the ‘network’ is about using relationships among people, which can include technology, but it is foremost about seeing a network as a situation or a medium, more specifically, as art.

In his publication How to Do Things With Words (1962) British philosopher of language J.L. Austin describes performative utterances as statements that perform an action: a Speech Act. Rather than describe or report what is being done: they do. Similarly, networks do, they function and enact. The network is embedded in and emerges as art; whilst the art enacts certain events it is also formed by and influences the mechanisms that are used.

LAPS (Lectoraat for Art and Public Space) in collaboration with the Gerrit Rietveld Academie have made How to Do Art With Networks possible.

Deli Near Info is a platform or algorithmic studio, which is made in response to the linear and streamlined structure of contemporary social media platforms. Emphasising a non-linear organisation, unlike social media platforms’ rigid chronological ordering, Deli Near Info explores the continuously changing organisational structure of many creative processes. The multi-user platform mimics the functions of a whiteboard – mapping out different entries in various constellations, whilst the algorithm adds an additional feature by creating various iterations while the page is still in use. This shows the instable process of rapidly changing ideas, emphasising the art that happens between the nodes, the constellation or the combination of entries. 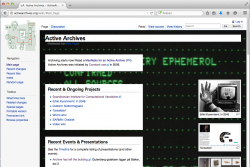 This project aims at creating a free software platform to connect practices of library, media library, publications on paper (for example, magazines, books, catalogues), productions of audio-visual objects, events, workshops, discursive productions, etc. Practices which can take place online or in various geographical places, and which can be at various stages of visibility for reasons of rights of access or for reasons of research and privacy conditions. 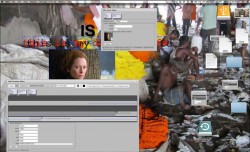 MyDesktopLife is an editing program, made to create online narratives by mixing digital content (sounds, images, texts, iframes, animation effects). An online composition made with MyDesktopLife represents a flow of consciousness because it is composed of many different layers of images, texts, sounds, voice melted into each other. The creation of this software and its sharing has the goal to stimulate the development of expressive languages inside a browser. In terms of style and attitude, it is inspired by the art practices of the early net.art period.

Webjays is a curatorial project for web-based art. It’s also a software and a flexible public device for web performances allowing WJs (webjays, artists, curators…) to play live with online content. WJs take the control of a multiscreen environment and surf at distance in different browser windows simultaneously. Webjays is a visible and collective experience of the surf. The pleasure of browsing is shifted to a live performance environment. Individual and collaborative online productions (in different geographical sites) become collective events (to which an audience is invited). 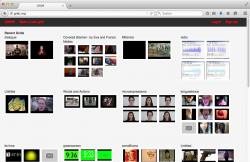 With Curating You Tube Sakrowski explores new web phenomena. He developed Gridr, a special online tool to enable further research. Sakrowski aims to reflect on the paradigm shift in consumption using YouTube, where visitors no longer behave as mere viewers or consumers, but instead become actively involved and transform the work of others in their own way.

How to do art with networks? Do you mean like Tumblr or mail art? Can it be shared of experienced? Do I have to come or can I stay at home? Is it a network of people or machines? Is it critical or ironical? Is it offline or online? Is it centralised or decentralised? Do I need an academic degree to understand it, which one? Is this a public space or a platform? Is it on the WWW or yet another novelty sneakernet? How much does it cost? Can I participate? Is it related to this new-avant-post thing? Was there a TED talk about that? I’m sure there must be a TED talk about that. Anyway, is it about making art with systems or within systems? Does it matter? And, is this drift going anywhere?

The web interface has collapsed the traditional spatial and institutional framing of images, posing new challenges for artists, curators and cultural institutions. The singular, discrete, enframed image (aka ‘picture’) has been usurped by a torrent of jpgs distributed via database-driven imaging systems. How can they be made to reveal the dynamics of network relations even as their retinal lusciousness and plenitude demand our constant attention? 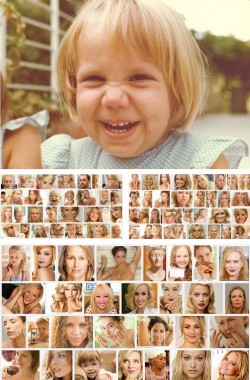 *MyDesktopLife (Web-Mixer) is made possible by a grant from the Creative Industries Fund NL, Rotterdam.