In contrast to the traditional linear narrative, in both visual art and in films, television programs, advertising, video clips and video games, various story lines are used running through each other, visualized simultaneously. In other words, is this ‘new’ approach all that new, and can it then be attributed to the evolution of recent media developments? More important yet, does the content of stories really change along with their form, and is this new use of formal elements benefiting the content of the stories?

In their recently published book, New Screen Media, Martin Rieser and Andrea Zapp propose that we have entered an era of narrative chaos, in which frameworks are being exchanged for experimental and radical attempts to master anew the art of story telling, with the aid of developing technologies.

Traditional media has been augmented by the advent of new media, not just trough the revolutionary distributive aspects of the technology, but principally through the changed relationship between audience and author. New media forms offer both a convergence of narrative vehicles and a fragmentation of understood forms: the genesis of broadband, virtual and immersive technologies, together with the development of Artificial Intelligence (AI) and autonomous agency in interactive drama, will inevitably change current screen broadcast and Hollywood models of cinema.’ (Rieser and Zapp (eds.), New Screen Media. Cinema/Art/Narrative, 2002, p. xxvi)

In both visual art and in films, television programs, advertising, video clips and games, various simultaneously visualized story lines are used running through each other. The above conclusions by Rieser and Zapp seem to be in agreement with this, but to what extent has the manner in which stories are told and/or visualized really changed? In other words, is this ‘new’ approach really all that new, and, next, can this be ascribed to the development of new media?

One thing is certain: the discussion about narrativity has been reanimated by the arrival of digital media. At the same time, there is no clear definition for this term. In his latest book, The Language of New Media, Lev Manovich tested a text against a number of formal criteria (based on Mieke Bal, 1985). Marscha Kinder goes a step further and looks at the place of a text in the context of aesthetics, ideology and hermeneutic. With or without digital media, narrativity remains a concept that is difficult to define. And then, within narrativity there are linear and non-linear narratives, the latter being particularly associated with digital media. What do we really mean by non-linear narratives? And to what degree is this a recent form?

In addition to non-linear narrative, there are also ever more interactive stories to be found. Although here the definition is not conclusive, in any case the position of the reader has changed from that of a passive recipient to that of an active user. To what degree does this change the definition of narrativity and authorship? Walter Ong has identified this shift as a characteristic of the ‘secondary orality’ in which we now find ourselves. In is book Orality & Literacy: the Technologizing of the Word, Ong investigates the structure of the internet and links this with the non-linear structure of oral cultures. For him, especially the possibilities of interactivity in hypernarratives (in a hypernarrative separate pieces of text, illustrations and/or sound are connected with one another by means of links) reflect oral tradition. According to Ong, the influence of electronic media assures that there will be a change in our pattern of thought, in which attention for the written word will diminish and the spoken word will become dominant.

The question is whether our society shows increasing numbers of characteristics of an oral culture, or whether on the contrary we have reached a deeper level of written culture. What are the possible psychological and ideological implications of interactive stories? Will a possible new manner of telling stories, reading and interpreting change our conduct and way of thinking? Will we shortly no longer be able to understand the letters our grandchildren write us? Or will the content of stories really change along with the form, and will all this new use of formal elements be to the advantage of the content of the narrative? 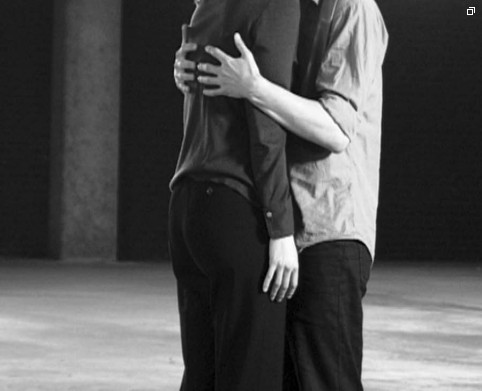