The exhibiton Funware (also known as Fun and Software) looks at the history of software, and its relation to humour and fun.

Making and using what has become known as software is experimental, humorous, and eventful. However improbable it might sound for today’s all encompassing dullness of forms, databases, and routines, “fun” has informed and guided the development of software from its very inception.

Fun in software means non-obvious purpose, jolly experiment as an alteration to a way of thinking, modifications dealing with the glitchy nature of human-machine ensembles, and, more generally, a rupture with stratified mundanity. “Fun” is a concept that makes palpable the driving force of curiosity, dissatisfaction, experiment, achievement, laugh and sharing, that triggers forms of engagement with software to produce something different. Such fun is a means of multiplication of meaning in software which is only supposed to have one, useful, meaning or to be solely serious.

With a start in the early 1950s, when one of the first programmers, Christopher Strachey worked together with Alan Turing in Manchester University on one of the first computers, to write a Love Letter Generator (reconstructed in this exhibition by David Link), software proceeded through development for absurd uses. The 1960s were marked by the first generation of hackers feeding their lifetime into mainframe machines in the universities, brilliantly exploring and misusing technology, or coding the first computer games, like Pong. The 1970s and especially the 1980s brought about “democratic” programming languages, first home computers, video game consoles and networks, giving rise to a wider “hackerization” of youth, to people “doing strange things with software”. The rise of net art and the changes the Internet and desktop computers brought to culture gave rise to software art at the turn of the millennia. Performed by amateurs, artists, alternative coders or professional programmers for “fun”, software art as an aesthetic practice that questions, tangles and experiments  with the materiality of software, has subsequently lost its visibility again,  as attention is turned to the social networks and software applications for third generation mobile phones, which all harness the energies constitutive of aesthetic software. It is precisely for this reason that “fun” needs to be re-appropriated with its conceptual richness being reconstructed, historically documented and defended.

Looking for fun in software allows for a few views to be explored simultaneously.

First, software as a backbone of societal structures can be taken out of its “remote” professional and industrial pocket to be looked at as an open field of practice guided by irony and experiment. Here, a joke by a mathematical genius, an anonymous or non-artistic “art” piece reside side by side with conceptual software, and aesthetic experimentation with interface, hardware or network. How fun is made depends directly on its subject: coder, anonymous prankster, teenager or office worker all make fun differently, but however become linked through the process.

So, secondly, a question arises of who in fact develops software? Guys that learned Perl rather than played football with their teenage peers or corporate designers thinking of new interfaces, interactions and needs? Who does software art? Professionals in their spare time, artists learning while they are making or some amateur programmers? Here, amateur becomes professional through close engagement with material and professional becomes amateur through making fun.

Further on, fun in software allows for a bringing down high-art boundaries by looking at a history of “folklore” source of software, in the richness of jokes played on colleagues, fake viruses and hidden features of software that traveled around the globe. It problematises the site, the subject, process and purpose of software development and applications as they leap historically between university computer labs, libraries, bedrooms, studios, kitchens and various devices.

Fun is far from detaching software from political or social interrogability, it is rather a force and a method that works on complicating the normal, the serious and the dominant. Fun is hooligan, DIY, and full of interesting seams. Fun may be angry, tired or even desperate. It can be sleek, kitschy, or pop, but it does not equal entertainment (though is not afraid of it). Fun in software is a way to construct and recognize the complexity of conditioning and digression software is embedded in between art, folklore, industry, and university. It is about breaking from systems of constraints in a way that produce richness and abundance of kinds.  Its joy elaborates on  systems in unpredictable manners. It is a way to re-address software, as an invisible universal culture, in its aesthetics, commercialization, and ontology. 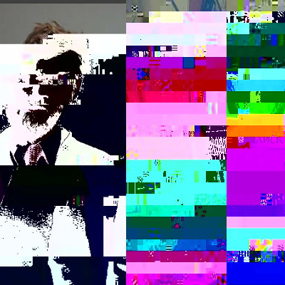