Dramatic cuts for culture in the Netherlands

The memorandum announced by the Secretary of State today does not signal a new beginning, as he indicated earlier, but simply the end of an internationally valued cultural climate, unparalleled anywhere in the world.

For Thorbecke – the spiritual father of the Secretary of State Zijlstra, or at least of his party – the policy was the result of a long-term vision. He saw the political manager as the designer of the age, who interprets historical lines and develops a vision for the future on that basis. Compared with his predecessor, the measures proposed by the Secretary of State pale into insignificance. They choose short-term results which do not take into account historically acquired benefits and social developments.

One prominent Dutch collector called the Secretary of State’s memorandum a new “iconoclasm”. This comparison is striking and appropriate. The field of the “visual arts” is crippled in and by this memorandum, with fatal consequences for the public.

We live in a culture of images. Knowledge and information mainly circulate in the form of images. Art, and the visual arts in particular, are the perfect field for teaching us to deal with things we do not yet know and providing us with unexpected visions and horizons. The visual arts relate in a self-conscious and critical way to the ubiquitous image. Therefore it is incomprehensible for a government which wants to prepare its citizens for a promising future to decide to remove the part of the social system which guides the public in this respect. The extremely hard approach adopted in relation to the sector of the visual arts (a reduction from 53.5 million to 31 million) is not supported in this memorandum by either logical or factual arguments.

Amongst other things, the Secretary of State has decided:

– to halve the budget of the Mondriaan fund;

– to drastically reduce the number of presentation institutions in the BIS from 11 to 6. The institutions which are no longer in the BIS cannot go to the Mondriaan fund either, and therefore have no chance of survival;

– to no longer provide any subsidy for art magazines;

– to put a complete stop to the government subsidy for functions which are now carried out by biennial Manifesta, SKOR | Stichting Kunst en Openbare Ruimte (Foundation for Art in Public Spaces), the sectoral institute Premsela, Virtual Platform, the Netherlands Media Art Institute (NIMk);

– to put a stop to financing post-academic education for artists in the Ateliers, Rijksakademie voor beeldende kunsten (Royal Academy for Visual Arts), European Ceramic Work Centre and the Jan van Eyck Academy;
to only support the continued development of 50 visual artists who have proved themselves as top talents in the next four years;

– to halve the individual basic stipends and working grants for artists, and to COMPLETELY stop the present subsidies which serve to provide an income.

The direct and immediate effects of these measures for the PUBLIC which wants to see and experience contemporary art are catastrophic:

The makers, producers and artists form the basis of the cultural infrastructure. After all, with no artists, there is no art. No subsidies or insufficient subsidies for artists to focus professionally and full time on creating work means that there will be no innovative work.

No post-academic education means there will be no growth of new artists who excel and can represent the Netherlands abroad. Removing this function will immediately lead to a reduction in the provision of Dutch presentation institutions, so that the Netherlands will lose its competitive position. This will result in the total impoverishment of the art market in the Netherlands and to a weaker position of the Dutch galleries on the international art market.

A minimal number of presentation institutions means that the new art will not find its way to the public and will remain locked up in studios and warehouses. The Dutch and international public in the Netherlands will not be able to see any innovative art.

Removing an institution such as SKOR means that the presence of art in public spaces – democratic and by definition “anti-elitist”, because it is accessible to everyone free of charge – will decline.

Closing an institution such as NIMk means that a valuable, partly digital heritage – video art and film art and media art – will become fragmented and will no longer be accessible to the public.

The innovative part of the field of the visual arts, which also determines the international image of the creative Netherlands, cannot survive without a financial injection from the state.

The current cultural system which was definitively torpedoed today has produced artists and curators who are currently making an international furore and are, amongst other things, a focal point in the current biennale in Venice – the world championships of the visual art

For example, the work of Navid Nuur has pride of place on the front cover of the official catalogue of the Venice Biennale. Like Amalia Pica, who lives in the Netherlands, he is taking part in the central exhibition Illuminations. Their colleagues, Praneet Soi, Yael Bartana, Wendelien van Oldenborgh, Han Hoogerbrugge, Aernout Mik, Libia Castro, Olafur Olafsson, Edwin Driessens and Maria Verstappen, play a major role in the pavilions of India, Poland, Denmark, Roma, Iceland and Dropstuff respectively. The Dutchman Guido van der Werve can be seen at the same time in the context of the Future Generation exhibition, where the Ukrainian Victor Pynchuck is showing the way to the talent of the future. It is not only Dutch artists who are a glittering presence in Venice this year; their fellow curators are also prominently present. No fewer than five curators working in the Netherlands are furnishing pavilions this year. The Marres director, Guus Beumer, is responsible for the Dutch pavilion, the BAK director Maria Hlavajova is doing the Roma Pavilion, the freelancer Maria Rus Bojan is doing the Romanian pavilion, the SKOR director, Fulya Erdemci, is doing the Turkish pavilion and the Appel tutor, Henk Slager is doing the Georgian Pavilion.

The achievement of these artists and curators were made possible due to the existence of a cultural system which has cherished experimentation, innovation, the development of talents and an international focus up to now, and made it possible (financially). They were able to develop their work and their practice due to investments by the state of the Netherlands. These investments are now bearing fruit and showing results in an “export product” of which the Netherlands can be proud. This system is recognized and celebrated all over the world because of its efficiency and future-oriented approach.

The Secretary of State’s memorandum shows that the cabinet is thinking only of what is producing immediate results today, and not about what can generate “value for the future”. We all know that there is not only a today, but also a tomorrow. We would like to see that in tomorrow’s Netherlands there will be still be a great deal of contemporary art and historical heritage which can be seen frequently. We hope that the Lower House shares this desire and will oppose a policy that looks only at today. 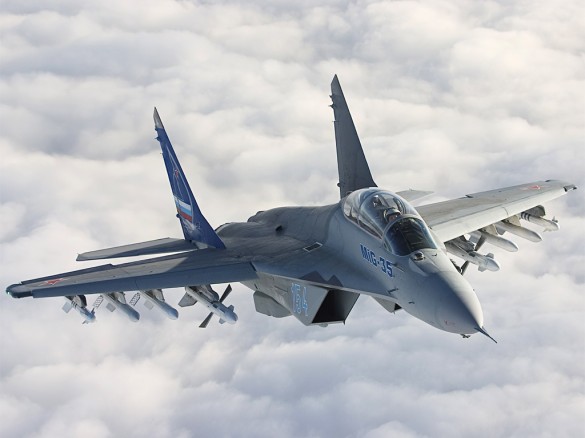