Dominik Bartkowski grew up in Poland and France, he holds a degree in Graphic Design From Le Quai, Ecole Supérieures des Beaux-Arts de Mulhouse, 2005. After this he graduated in Media Design at the Piet Zwart Institute Rotterdam where he worked on a project to analyse the esthetics of pornography and the bureaucratic language used to describe topics such as desire, AIDS and prevention.

AD. What is your interest in this subject?
DB. In general I want to display the abundance of imagery, especially present online.
I don’t think that existing video databases like You Tube display what people are really thinking and what they really feel like. These sites are still very much censored, many videos are being censored immediately and some are taken off afterwards.
Another thing I am very interested in is the potential in remixing. Although there is some mock-ups and places where you can play with the material from You Tube, for example Youthreeb produces maybe visually interesting graphics and a rewarding result. But it is not a tool for a critical approach of the video language. Nor does it help the understanding and the analysis of the video language on the web. Web applications, art works and programs using materials from those websites are building up a visual language with a grammar predefined by the company owning You Tube and its (copyright) policies.
I am very interested in the open function of the web2.0, the concept of blogging, where users are able to comment articles, posts, pictures uploaded by somebody else. But the concept of appropriation is very often limited to a simple gadget and any notion of creative playability or a critical appropriation of the medium does not exist.
And in the case of bareback pornography my interest focuses on the importance of the phenomenon in the gay crowd and on dating websites. And the fact that unprotected sex is being disclosed within the pornographic imagery only. Mainstream articles and forums about bareback stay very moralist. Mainstream and gay media is mostly interested in tracking the barebackers than giving honorable advices about unsafe sex.

AD. What is the project about?
DB. It is a project, which is born from my frustration by web 2.0 and the different tools for online video editing and media collage. “Deconstructive editing” is inspired by the idea of a media collage in which users are invited to use existing materials and experience video editing in a less linear way. In the other hand, it is a way of questionings the mainstream cinematographic language and its patterns of representation.
As I said I am interested in ways of appropriation, because it is a very significant way to criticize the mainstream video language dealing with desire and lust. Appropriation is being used as a methodology for a critical and analytical approach. For sexual minorities, appropriation is an operation of observing, mapping the official language dealing with desire.
I opted for the form of a video forum because I am dealing with the cinematographic language and its extension to the behavior of a community. In the other hand videos produced with my software are aesthetically interesting, they could be downloaded and shared very easily. Another point in which the internet plays an important role, it provides the material but one can also actually do something meaningful with it afterwards. It gives the opportunity to easily react and give different meaning. 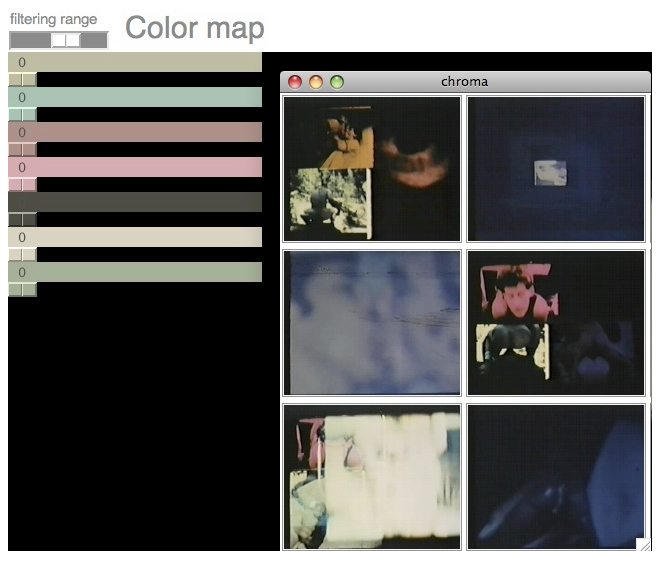