In my movements I am trying to provoke a kind of dream state. An example would be when you are walking through the moors or when you are alone in a room you are in a kind of Internal landscape, this feeling is what my work is about. – Nan Hoover, 1983

In the exhibition DIALOGUE, works by Nan Hoover, the Netherlands Media Art Institute, Montevideo/Time Based Arts demonstrates the diversity of Nan Hoover’s oeuvre. Nan Hoover (b. 1931) has always been searching for the best form for expressing her ideas. Therefore she is willing to change media, and has not shied away from endless technical experimentation. Nearly fifty years of art practice has not diminished her ambition; on the contrary, right down to this day she refuses to let anything stand in the way of her continuing to work on her large and varied oeuvre. The accent in the exhibition lies on her video installations.

Like many of her contemporaries she has approached the medium of video from all angles. For her, the most important aspect was always that the properties of the medium assured that you could not ignore it; she herself refers to ‘the illuminosity of the box which you can’t escape.’ In addition to the video projections and work on monitor, a new interactive installation black and white… (2001) for which camera registration is the point of departure, is being shown. The other installations are being seen in The Netherlands for the first time in this form. In the midst of her video work a number of her photo works, drawings and sculptures will also be exhibited.

Since her earliest years Nan Hoover always knew that she wanted to become an artist. After her studies at the Cocoran Gallery School of Art, Washington D.C., she devoted herself to drawing and painting; she worked with large areas, thick lines and minimal use of colour. In 1969 Hoover left for Amsterdam, where she has continued to live and work to the present day. In 1973 she moved over to film and video because, as she later explained, painting was too subjective.

Through the 1970s and ’80s she made a name for herself with her video work and performances. In 1988 she was named as professor at the Düsseldorf Academy of Arts, leading the video and performance department. Today her attention has returned to drawing and painting, an act of resistance, as it were, to placing herself in a discipline. Her experience in film, video and photography is unmistakably present in these works. Through their suggested movement and light effects, some drawings remind one of stills from video. Light and shadow remain the most important components in her visual compositions. 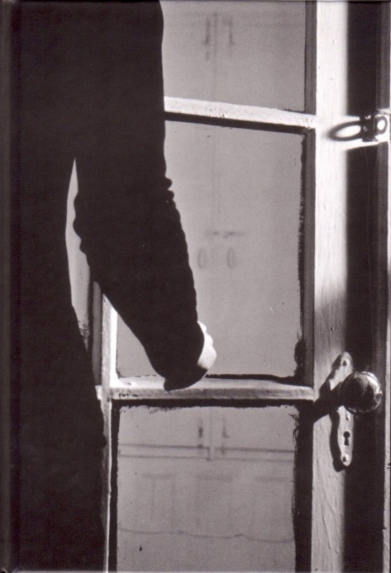