An evening about deleting, curating and dealing with big data on a personal scale. With Robert Sakrowski, Dragan Espenschied and Igor Stromajer, moderated by Annet Dekker.

French philosopher Jacques Derrida made the claim that ‘the mutation in technology changes not simply the archiving process, but what is archivable – that is, the content of what has to be archived is changed by the technology’. What he means is that the style of the content is transformed through new processes and production. Moreover, the relation to time and space created by the fact that within mere seconds one can reach someone in every corner of the world, has also affected the content. Of course this also effects power relations, decision-making and accountability. It is generally known and accepted that archives construct a specific account of history, many things end up in an archive, but even more remains outside, to be forgotten. Questions like who is in charge of an archive, who selects, and for whom is the archive, have been plaguing archives from the beginning. One could argue that the digital accelerates this process, so how to relate to this new situation? What is the value of digital memory and how to deal with big data on a small scale? These questions form the start of an evening with three perspectives:

Robert Sakrowski developed CuratingYouTube.net (CYT) to explore Web 2.0 phenomena. CYT consists of various projects and it approaches the possibilities of the video sharing platform You Tube from different angles. It uses curating as a technique of action and a means of orientation, while using artistic strategies to position itself in the Web 2.0.

Together with Olia Lialina, Dragan Espenschied collected the ‘archival ruins’ of the free web hosting service Geocities. A project that deals with digital culture, mass curation and distributed preservation. To make sense of the huge amounts of data they came up with Ambiguous Data as a way to deal with big data on a human scale.

Known for his intimate guerrilla performances, in 2011 Igor Stromajer started to delete his classical net artworks. Over a period of 37 days one could follow the project Expunction live online. From the conviction that memory is there to deceive, Stromajer started a process of deletions, byte by byte, amounting to 3.288 files, or 101.72 MB.

Short bios of the speakers:

Robert Sakrowski is an art historian, artist and curator. Since 1997 he works on CuratingYouTube. From 1999–2003 he headed the project netart-datenbank.org at TU Berlin and curated several exhibitions in the field of Net-based art. From 2007–2009 he worked at the Ludwig Boltzmann Institute Media.Art.Research in Linz. In 2011 he started http://net.artdatabase.org together with Constant Dullaart, a project to capture early Internet based artworks.

Dragan Espenschied is an artist and designer. Since 2003 he collaborates with Olia Lialina. Together they edited the Digital Folklore Reader in 2009 and they are well-known for projects such as the animation series Zombie and Mummy, The Online Newspapers and their recent project One Terabyte of Kilobyte Age. Digging through the Geocities Torrent. Dragan teaches new media art and design at the Merz Academy in Stuttgart, and he is a also member of the influential home computer folk band Bodenständig 2000 that is known for performing on historic hardware and software. http://drx.a-blast.org/

Igor Stromajer, aka Intima, is a multimedia artist who describes himself as ‘an intimate mobile communicator’. Since 1989, he has shown his work at more than 120 exhibitions in 60 countries and received a number of international awards. His works are included among others in the collection of the Centre Pompidou in Paris;  the MNCA Reina Sofia in Madrid; Computerfinearts in New York; and the Maribor Art Gallery in Slovenia. http://www.intima.org

This public event is organised by Piet Zwart Institute, Dept of Media Design – Networked & Lens-Based, and made possible with the support of Goethe Institute and V2_. 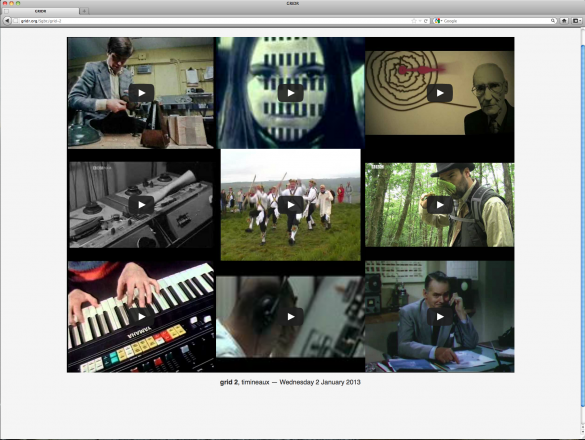