Curating Digital Art is dedicated to pioneering curators, artists and designers and presents a collection of interviews that happened between 2011 and 2020. The interviews emerged from the concern that little knowledge was available about the potential of exhibiting digital art, either offline in museum spaces and galleries, or on the web. In an attempt to close this gap this publication provides an overview of the different perspectives and practices of nearly a decade of digital and online curation.

Curating Digital Art is dedicated to pioneering curators, artists and designers and presents a collection of interviews that were conducted between 2011 and 2020. The interviews emerged from the concern that too little knowledge was available about the potential of exhibiting digital art, either offline in museum spaces and galleries, or on the web. In an attempt to address this hiatus this publication provides an overview of the different perspectives and practices of nearly a decade of curating digital art in physical space and online. Twenty-seven interviewees were asked the same set of questions, with some slight variations due to their specific projects. The answers of aarea (Livia Benedetti and Marcela Vieira), Anika Meier, Arcadia Missa (Tom Clark and Rózsa Farkas), arebyte Gallery (Rebecca Edwards and Nimrod Vardi), Bob Bicknell-Knight, Constant Dullaart, Madja Edelstein Gomez, Marialaura Ghidini, Manique Hendricks, Florian Kuhlmann, LaTurbo Avedon, Mary Meixner, Laura Mousavi, New Scenario (Paul Barsch and Tilman Hornig), Katja Novitskova, Off Site Project (Pita Arreola-Burns and Elliott Burns), Domenico Quaranta, Stefan Riebel, Ryder Ripps, Sakrowski, Systaime, Gaia Tedone, Temporary Stedelijk (Amber van den Eeden and Kalle Mattson), The Hmm (Evelyn Austin and Lilian Stolk), Miyö Van Stenis,  YouMustNotCallItPhotography (Marco De Muttis, Katrina Sluis, Jon Uriarte) and Zhang Ga, map the distinctiveness and idiosyncrasies of curating digital art, from conventional white and black cubes and small artists’ spaces, to custom-built online spaces and the expansion of curating on commercial platforms.

The seed for this publication was planted around 2009 when I organised Archive 2020, an international expert meeting to discuss the characteristics of ‘born-digital art’ and the perils associated with its archiving. A year later, I discussed the outcomes and the question of why there was still so little digital art in museum collections or exhibitions with Angela Plohman, at the time director of Baltan Laboratories. We borrowed a question posed during a book launch of the Viennese curator’s collective Context in August 2011 – Why is it still easier to get an entire museum collection on the Internet than to get a single work of Internet-based Art in a museum space? – to point to one of the sore spots in the discussion of why so little digital art is presented in museums. In an attempt to answer this question we organised an international working conference in collaboration with Van Abbemuseum in Eindhoven. Some of the outcomes ended up in the publication Speculative Scenarios, or what will happen to digital art in the (near) future? (2013), along with additional insight in the form of interviews, short essays and fiction. Preceding the conference, I asked six emerging curators, artists and designers to fill in a questionnaire about their curatorial practice. A common denominator among the interviewees was their experience with online curating and/or presenting online artworks in physical spaces/journals. One of the reasons I selected them was because of the ease with which they manoeuvered between digital and physical realms, from exhibitions in old warehouses, family homes and small side-street galleries, to online spaces and commercial platforms. They used existing curatorial formats for their presentations, adapted them if necessary, or even created new ones.

The questionnaire was a good research tool to gather information on different ways of thinking about digital curating. Moreover, it was also a way of charting the field, as the answers exemplified the diversity in approaches and how the interviewees dealt with divisions between various art worlds. The interviews were initially posted on the website as appetisers for the conference, and while some of the comments ended up in the publication, the interviews disappeared as quickly as some of the works we discussed. Within two years after I uploaded the interviews, I received an e-mail from one of the interviewees, Domenico Quaranta, informing me that the interviews – and the website for that matter – were down. Unable to retrieve the website, I started digging through my own archive and found them again. Yet, lacking the time to upload them elsewhere, they lay dormant in the dark corners of my hard drive. Several years passed, and while rearranging my computer I noticed the interviews, read them and realised how much of what was said was still relevant. At the same time, I had seen other interesting online exhibition formats and ideas. Consequently, in 2016 I decided to continue the series and interviewed a new batch of curators, artists and designers. Yet, it wasn’t until a few years later that I found the time to re-organise them. Other interesting projects had been developed on the Web and so I conducted a final round of interviews in 2019 with the aim of publishing them together. I also contacted the earlier contributors to see if they wanted to participate in the publication and if their initial views had changed. Surprisingly no one wanted to change anything: the interviews written almost ten years earlier were still viable and valuable.

At the time of finalising the publication, just finishing the final copy-edits, a global pandemic caused a sudden burst of online activity. The Covid-19 virus closed down public life and en masse everyone moved their social, public, private and work life online – including museums and galleries. Within less than a week, books were scanned, videos digitised, and different platforms, such as Zoom, Jitsi, Teams, Whereby, Skype, Twitch, Discord, YouTube and Second Life replaced physical workshops, conferences, discussions, and also exhibition openings. Public life, or F2F (face to face), had shut down, and the ‘great migration’ began in rapid tempo in which the online world became ‘the new normal’ for those with computers. Museums also tried to redesign, restructure and reconceptualise their collections, exhibitions and debates for the new interfaces. While many curators were on furlough, the digital media teams were working over time. Exhibitions were filmed, artworks cropped, moving robots were roaming the gallery spaces, and users were asked to interact, perform ancient paintings and sculptures, or create and send their personal anecdotes, memories, dreams, future wishes, and reflections related to Covid-19 that would capture the spirit of a historical period of crisis, self-isolation and resilience. Aroused by the accelerated speed, anxiety and adrenaline, I started to follow everything in an attempt to capture the moment, to the point of exhaustion, fatigue and torpor. Others raced ahead along, and I captured their vigour and vivacity in a last round of interviews. In the end I assembled 27 interviews, a subjective and incomplete series that shows merely the tip of the exciting and still evolving world of digital art curation.

My deepest gratitude goes to all the interviewees for making the Web an exciting space and who participated despite their busy schedules, my inability to offer them compensation and my endless extensions (for some up to ten years). Thanks go to Gaia Tedone for helping me to sort out the contributions (due to her always uplifting spirit and vitamin C this book is now a fact), to Katrina Sluis for her belligerent yet poignant eye for detail and for her critical honesty, and to Pia and Astrid from Valiz for their faith and their generosity in making this book a reality! 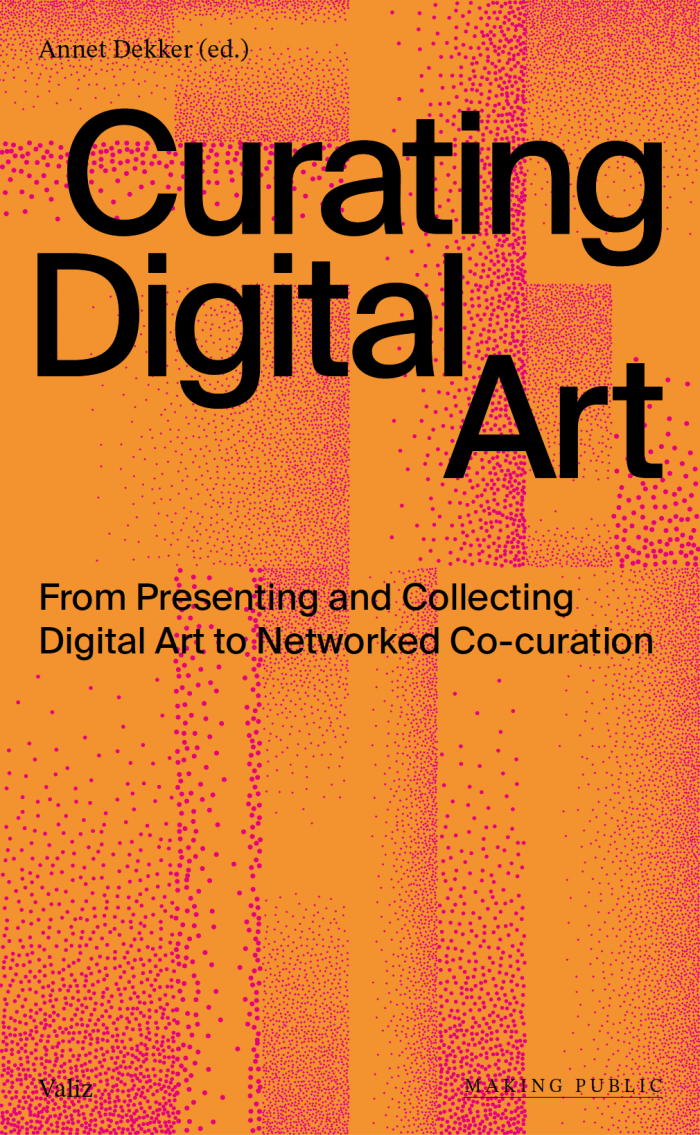