Using as a point of departure the artwork Chinese Gold by Ubermorgen, this workshop will explore the different usage of Git, comparing GitLab and Wiki, within a workflow for archiving digital art.

Version control systems (VCS) check the differences between versions of code or text. By archiving (by means of a timestamp and the name of the author) and making available ongoing versions of a project, VCS allows multiple people to work on elements of a project without overwriting someone else’s text. Changes that are made can easily be compared, restored, or, in some cases, merged. Finding a coherent and structured way to organise and control revisions has always been at the core of archival practices, but it became even more urgent, and complex, in the era of computing.

Wikipedia is perhaps the most well-known example of using version control in its ‘page history’. Using ‘QuickDiff’, which is based on character-by-character analysis, it allows users to check the differences between new and previous versions. In 2005 Linus Torvalds developed Git, a source code management system, or a file storage system. Git makes it possible to write code in a decentralised and distributed way by encouraging branching or working on multiple versions at the same time and across different people. Most importantly to our research it facilitates tracking and auditing of changes. In 2007 Github started hosting Git repositories (or repos). Interestingly, Git used on Github evolved the environment into a site of ‘social coding’ (Fuller et al. 2017). Rather quickly the collaborative coding repositories became used for widely diverse needs: from software development to writing license agreements, sharing Gregorian chants, and announcing a wedding – anything that needs a quick way of sharing and improving information. As mentioned by Github founder Tom Preston-Werner: ‘The open, collaborative workflow we have created for software development is so appealing that it’s gaining traction for non-software projects that require significant collaboration’ (McMillan, 2013). Whereas Wiki’s VCS is a simple way of version control that is useful for project documentation and self-organised, or agile, software collaboration, Git provides a more comprehensive approach to collaborative working and sharing.

Using as a point of departure the artwork Chinese Gold by Ubermorgen, this track will explore the different usage of Git, comparing GitLab and Wiki, within a workflow for archiving digital art.

The Digital Methods Initiative (DMI), Amsterdam, is holding its annual Winter School on ‘the Social Lives of Digital Methods: Encounters, Experiments, Interventions.’ The format is that of a (social media and web) data sprint, with hands-on work for telling stories with data, together with a programme of keynote speakers and a Mini-conference, where PhD candidates, motivated scholars and advanced graduate students present short papers on digital methods and new media related topics, and receive feedback from the Amsterdam DMI researchers and international participants. Participants need not give a paper at the Mini-conference to attend the Winter School. For a preview of what the event is like, you can view short video clips from previous editions of the Summer School in 2015 and 2014.

Over the past decade digital methods of various kinds have been put to use by data journalists, national ministries, non-governmental organisations, city governments, media artists, police departments, international organisations, philanthropic funding agencies in the service of a wide variety of projects and objectives. Within the academy digital methods have spread from researchers of the internet, new media and computational culture, leading to encounters and experiments with a wide range of disciplines in the humanities and social sciences, working with their own publics, partners, questions, concerns and modes of inquiry with and about the digital.. That one may intervene with digital methods is clear, but the question concerns the positioning.

Extremism and counter-terrorism units may wish to map online networks of groups and individuals. Under which circumstances and with which ethics to act? City governments may be interested in how to use platform data to inform their responses to emerging “gig” and “sharing” economies said to be changing the character of housing, transport and work. When an analyst finds concrete instances of over-renting properties, does one share the findings and if so how? Non-governmental organisations would like to know whether their anti-fossil fuel campaigns are reaching audiences outside of their own bubbles. How to make such questions relevant for academic research? Funders would like an issue area and the stakeholders mapped, but what if one finds that the funders are overdetermining the agenda of the field? How might the style of digital methods work on secure messaging apps vary, depending on whether the audience is critical media scholars, privacy advocates or public institutions?

Researchers in fields such as science and technology studies and ethnomethodology have long pointed out that methods are not only used by researchers to study social life, they are also a part of social life (see, e.g. Garfinkel, 1984). This notion has been further elaborated and explored through a more recent agenda on the “social life of methods” (Ruppert, Law, & Savage, 2013). Digital methods and data projects can be used to create not only novel styles of analysis, but also different kinds of “interactivity” (Marres, 2017) – from involving those who are researched in the research process, to different forms of participatory design, public involvement and experimentation. Such encounters may produce changes in the analytical interests and approaches of both researchers and practitioners, and may be considered a substantive part of the research process, rather than a communicative afterthought.

At the 2018 Digital Methods Winter School we would like to put forward positioning practices that address working with practitioners together with the projects (and data sets) they bring along. The Winter School has as its goal to take stock and tell stories of interventions and the positionings one was able to take up. How to navigate the space between scholarly research, practitioner expectation and critical output? Additionally the Winter School will make interventions, working together with ‘publics with an ask’. 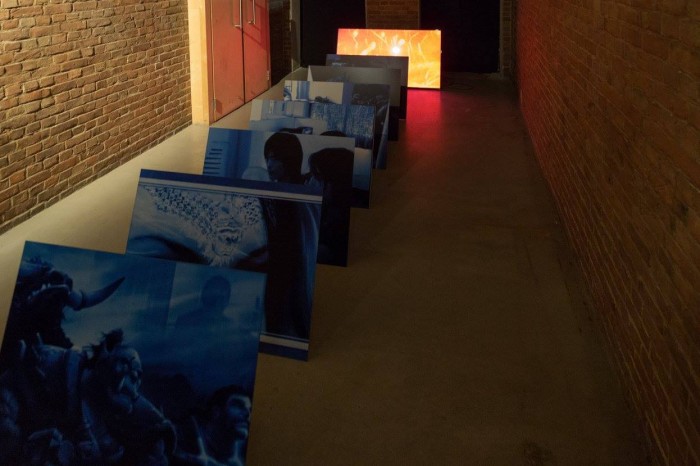