The Netherlands Media Art Institute, Montevideo/Time Based Arts presents the exhibition Canadian Media Art. The exhibition will be pervaded by a spirit of relaxation, and will exude an atmosphere of informality. In a RustRuimte (RelaxationRoom) designed by Marcel Schmalgemeijer and set up specially for this show, visitors can view their own choice of videos from contemporary Canadian artists. Among the work available to be seen is that of Leslie Peters …the 400 series…, Mike Hoolboom and Deirdre Logue Moohead. The audience will be confronted with both abstract acoustic art and probing docusoaps, found footage and hypnotic image loops. 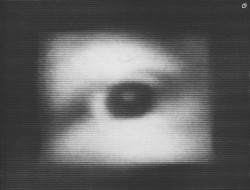 In addition to the RustRuimte on the first and second floors work by video artist Jacques Perron and sound artist Garnet Willis will be exhibited. Jacques Perron makes photographic video works in which an individual’s breathing is central. These ‘documentaries’ show a passage from being at rest to getting jammed up. Canadian Media Art shows Défilement and Battement. Garnet Willis gives a performanc with his Triquetraflux 2, a triple harp construction played with the aid of computer programming. 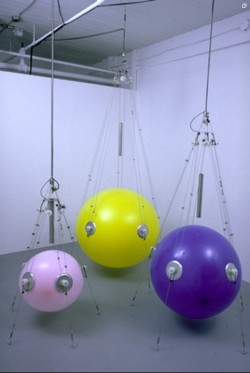 An extra exhibition of the 1999 René Coelho Award winner, Mayumi Nakazaki.
During Canadian Media Art, Mayumi Nakazaki shows the works ‘Sushi’s world’ (1999) and ‘Out of sight’ (2000). She won the award last year for ‘Sushi’s world’. Her new work ‘Out of sight’ was realized with the aid of this award.
This year the Netherlands Media Art Institute, Montevideo/TBA will again award the René Coelho Award to an art academy student whose graduation project is in the field of multimedia.

RustRuimte: Video program from the distributors V-Tape, VVV and Videopool, and works from the collection of Montevideo/TBA

Thanks to:
the Canadian Embassy, Den Hague 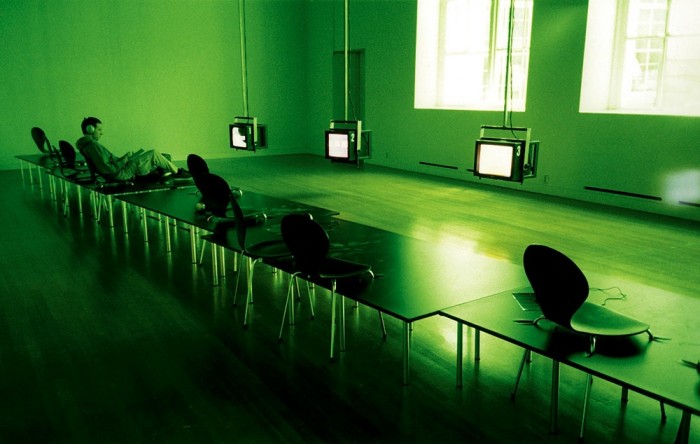