Authenticity in the post-digital age

A panel discussion with Erika Balsom, Annet Dekker, David Jablonowski and Timotheus Vermeulen, moderated by Barbara Cueto and Bas Hendrikx in relation to the Curatorial Programme of De Appel and part of the Final Project exhibition Your Time is Now My. This discussion will pivot around the influence of the conditions of the the (post-) digital world and how they have changed our behavior towards the value of authenticity.

A panel discussion with Erika Balsom, Annet Dekker, David Jablonowski and Timotheus Vermeulen as part of the Curatorial Programme of De Appel and the Final Project exhibition Your Time is Now My. This discussion will pivot around the influence of the conditions of the the (post-) digital world and how they have changed our behavior towards the value of authenticity. With an online performance by Benjamin Forster.

Our perception of the ‘authentic’ (the undisputed original) has entered into a different paradigm since we consult Siri for advice on the nearest kiosk or where to find potential partners online. Stepping beyond the scope of the merely human experience of interaction, our behaviour is monitored in an expanded public sphere of copies without original, and, more importantly: a certain indifference to the implication that has. In this context, Erika Balsom, Annet Dekker, David Jablonowski, and Timotheus Vermeulen will discuss the value of authenticity in the post-digital realm. The panel discussion will focus on the developments and challenges that artists, users and audience are facing nowadays. During the Public Program, the online performance Reading (www.stedelijk.nl)(2015) returns to the Stedelijk Museum website.

The artistic appropriation of digital technologies for the creation and modification of images has created a nebulous conception of authenticity. These new modes of shaping the image, in digital media, but also in relation to more traditional genres, are now reconfigured by way of the digital, ranging from film to more classical media. New potentialities emerge, for example the transformation of the concepts of filmic or painterly figuration and image composition, both of which can now be executed on the basis of algorithms and design programs.

New technical possibilities have made the battle for authenticity a continuous struggle throughout the last century. Guy Debord explained in 1967 that the cultural climate of that moment was transformed into a world where reality, authenticity, and autonomous selfhood no longer carried significance. Almost fifty years after, the digital revolution has completely remodelled the (already) (in)authentic sphere. The hypercirculation of images, usership, and the post-digital realm at large has radically changed what we understand for authenticity nowadays. As Erika Balsom puts it: “The rhetoric of authenticity partakes in notions of pure beginnings and implicitly denigrates what comes later, which is marked as corrupting and contaminating. For all of these reasons, authenticity was left behind in favour of hybridity, reproducibility, and purposeful unoriginality.”

MORE ABOUT THE SPEAKERS
Erika Balsom holds a PhD in Modern Culture and Media, Brown University, USA (2010), an MA in Cultural Studies, Goldsmiths College, University of London, and a BA Hons in Cinema Studies, University of Toronto, Canada. Before joining the department at King’s in 2013, Erika Balsom held a Mellon postdoctoral fellowship at the University of California, Berkeley (2010-2011) and was assistant professor of film studies at Carleton University, Ottawa (2011-2013).

Dr. Annet Dekker received her PhD on the conservation of net art in 2014 from Centre for Cultural Studies, Goldsmiths University of London. Currently she is researcher Digital Preservation at TATE, London, Research Fellow at London South Bank University & The Photographers’ Gallery, London, and tutor at Piet Zwart Institute, Rotterdam. She publishes widely on issues of digital art and preservation in international peer reviewed journals, books and magazines, and edited several publications, among others, Speculative Scenarios, or what will happen to digital art in the (near) future (Eindhoven/Rotterdam: Baltan/The New Institute, 2013).

Timotheus Vermeulen is a teaching fellow in Cultural Studies and Theory at the Radboud University Nijmegen, the Netherlands. He is also currently in the process of completing his AHRC-funded PhD in Film and Television at the University of Reading, UK. He has published on inter- and transmediality, spatiality, contemporary aesthetics, cinema and television, and the work of Jacques Rancière. He is an editor of the arts and culture webzine Notes on Metamodernism and contributing editor and writer to Feedback Blog, a new critical theory startup by Open Humanities Press, The Journal of Aesthetics and Culture, Screen, Monu, E-Flux, Frieze and Texte Zur Kunst.

CREDITS
This Public Program is a collaboration between the Stedelijk Museum Amsterdam and De Appel Curatorial Program and is curated by Barbara Cueto, Bas Hendrikx and Lian Ladia.

This panel discussion takes place within the framework of the exhibition Your Time is not my Time at de Appel arts centre, curated by Barbara Cueto, Bas Hendrikx and Lian Ladia, participants of the Curatorial Programme.

The curators would like to thank Ammodo, FONDS21 and the VSBFonds for their generous support. 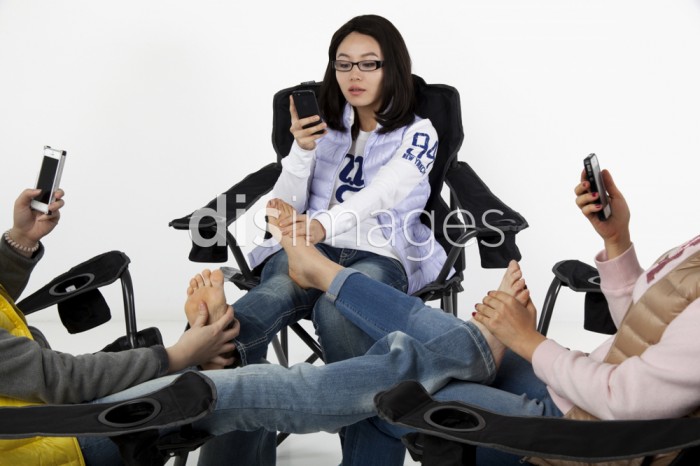