In a time when computation shows its negative side, where optimisation reigns over diversity and quantification rules, a number of artists embraces this new situation. They react with a positive response by turning the table.

While Edward Snowden’s shocking revelations seem to have faded quietly into the background of world news, the next big issue presents itself. A recent study published in Science in January 2015 reveals just how simple it is to identify a so-called anonymized person using only limited metadata from credit card purchases.[1] It is possible to discover someone’s identity even from a large-scale dataset that excludes names and other personal details. It is simple to trace people with analysis of their purchasing behaviour from just four random sources linked to social networks such as Instagram, Facebook, and Twitter. The study raises questions about the standard methods of companies, hospitals, governments, etc. to manage and secure personal information. The article highlights the writing already on the wall: the digital world has lost its innocence.

Mechanical turks and paywalls, along with the various media reports about obscure data transactions, algorithms that connect people and businesses at or against their wishes, and the monitoring strategies which are invisible to many, have already created a myriad of new products and systems that monitor and influence our lives. This fact is a direct challenge to the idea that everyone can use internet and digital media safely and equally. In an age in which computer technology has already shown its darker side, when optimization is lord and master and quantity rules supreme to the detriment of diversity and quality, a number of artists are embracing the new status quo. Their reaction to the often invisible but far-reaching changes is positive and opportunistic: they are taking matters into their own hands.

The exhibition Algorithmic Rubbish: Daring to Defy Misfortune – an automatically generated title – demonstrates how artists use and abuse, with great precision and humour, the mechanisms and strategies that large companies and governments secretly apply. Reminiscent of the conceptual art practice of, for example, Hans Haacke or Marinus Boezem, the artworks presented here offer a way out and expose something that tends to be invisible or secret for most people. In defiance of adversity, the artists do not conform to the prevailing norm, but instead demonstrate the absurdity and the ease with which “normality” is represented by the powers that be.

The artists capitalize on the existing infrastructures, the illogical behavior of algorithms, abuse or use of the openness of data, and circumvent and surpass poorly defined or functioning legislation. This makes for clever tricks, funny revelations, and remarkable insights into concealed areas, courageous acts and sometimes frightening visions of the future. The works in the exhibition uncover oppositions that normally go unnoticed behind the shiny surfaces of interfaces, advertisements, and other obscure propaganda strategies. Algorithmic Rubbish: Daring to Defy Misfortune is thus a collection that brings to the forefront examples of the assumptions and methods of contemporary digital culture.

In their work, the artists present different strategies to appropriate workflows, algorithms, and other systems, at the same time, they also investigate the extent to which these mechanisms themselves are artistic. Just like traditional media like paint and marble, digital media dictate a specific use and mode of operation, but one which deviates in many respects from the formal stylistic characteristics, knowledge, and norms that prevail in many museums. No longer are digital media artworks evoking merely aesthetic pleasure or creating a stationary object the primary objectives; rather, it is often a translation of research that has been carried out or systems that have been discovered. Presentation in a gallery is just one manifestation of the artwork, which also appears within the digital domain or avails of methods and infrastructure positioned outside the established art world. In this way, this art form submits not only itself to discussion, but also art as a whole, as well as the museum’s function. Above all, projects like these encourage creative and subversive thinking.

The Novice Art Blogger by Matthew Plummer-Fernandez employs “deep algorithms” to look for abstract artworks in digital depots belonging to contemporary art museums and provides “objective” interpretations of the results. A bot curator conducts a search for the most appropriate exhibition. Femke Herregraven selected various excerpts and quotes focusing on the value and meaning of art. In Precarious Marathon, four bots – disguised as a moderator, a cultural critic, an independent trader, and an artist – engage in a 24/7 discussion that leads to an unpredictable web of relations between art, insomnia, finance, and play. Jennifer Lyn Morone pushes the accessibility of data beyond an extreme, and uses her personal data as a new business model. Constant Dullaart also started a business: Dull Tech is a typical Trojan horse which Dullaart uses to undermine the unseen laws of the hierarchical art economy. With Pretty Old Pictures, Template dives into the digital collections of museums on Flickr Commons, all the while pushing the boundaries of the permissible. James Bridle uses a 3D-game engine to open deportation centers, which despite being known about, are either secret or purposely avoided. Suzanne Treister presents the life of Hillel Fischer Traumberg, one which is shaped by a mix of high frequency trading, algorithms, and psychedelic experiences. It remains unclear who or what ultimately determines what is reality and what is myth, but the question is whether that matters at all. For those looking for an answer, Karen is there to lend a hand. Blast Theory developed Karen, the life coach, a mobile app that does thorough but very personal work. 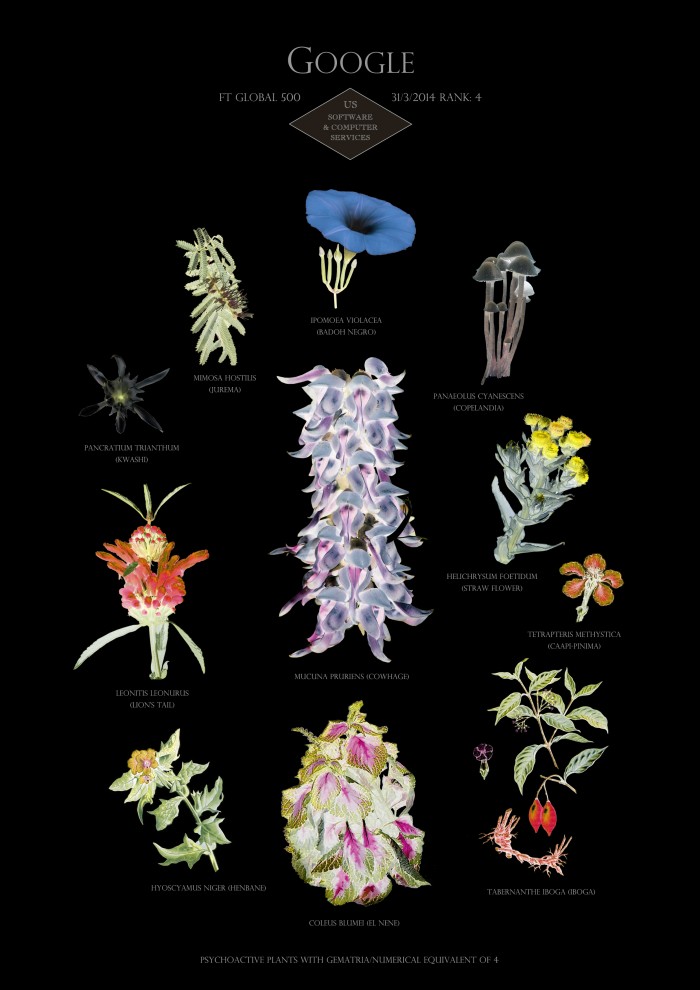